I couldn’t tell you my age but I know I was young: a toddler in Mom’s arms. She sat with me in our shared bedroom at my grandmother’s house and rocked me in the old wooden chair while singing nearly in a whisper.

“You are my sunshine, my only sunshine …”

It was probably after she left my father. She packed a few of our things in a suitcase and we returned to my grandparents. She tried so hard to shield me from feeling broke and broken.

It must’ve been cloudy outside, because of the soft dewy light that hung in the air like mist before a rainstorm. I now know that there is an empty field outside of that window where neighbors parked their cars, a place where I searched for lucky four-leaf clovers as a six-year-old. But on this particular day my world was so small and focused. I only saw Mom surrounded by the light reflecting from dark clouds.

“You make me happy when skies are grey …”

“You’ll never know dear, how much I love you …”

Mom had the softest touch. She tucked loose hairs behind my ears as she sang the words. Just the first verse, because it was her favorite part. Or maybe that was all she knew by heart. I can’t remember anymore.

There are other memories from Grandmother’s house: the claw-foot tub, the hutch with all the Avon bottles, Grandma cooking stuffed cabbage in the kitchen and the smell of onions and ground beef sifting through the house. None are like the memory of Mom rocking me. The biggest lessons come in the smallest moments.

My life is quite different from Mom’s. Justin, my husband, and I are best friends. And we don’t have financial problems like Mom did. But that isn’t to say we don’t ever deal with stressful situations. Right now we are in a transition stage: house is for sale, and another is under contract. We aren’t sure exactly what the future holds, but I know staying strong for my daughters is most important.

“Please don’t take my sunshines away.” 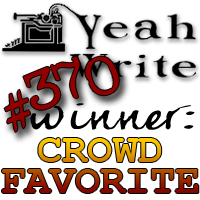 I back out of my driveway when I first see him. The stranger is meandering down the street strangely close to my property. He’s tall, white, and dressed mostly in black. In my rear-view mirror, I watch him get closer and closer to my house. It isn’t even lunch time.

My antique-white colonial sits on two acres of rolling Virginia hills in a small subdivision filled with dense, mature trees and a small creek that weaves in and out of the yards like a thread. We are several miles from the busy part of town, and I know most of my neighbors by face.

My van is halfway down the block when he glances in my direction. His face is unfamiliar. He dips into the woods, just over my property line, causing my heart to skip a beat, then quicken.

I’ve always been the kind of girl who chooses flight over fight. In gym class, I remember ducking every time that red ball came my way, and wincing at the sting on my skin as it bounced off my body.

I also remember getting in trouble during my years as a paralegal. I’d hide under my desk biting my nails, waiting for the lawyer’s backlash to ensue after transposing address numbers or misspelling names like Shwartzman and Agostinelli on important contracts.

In my rearview I see my toddler’s tiny hands swaying back and forth to the beat of “Let it Go,” as Elsa belts it out from her DVD player. This house is where my girls will grow to women.

I stop contemplating it, and attempt a U-turn, but my palms are so clammy they can’t grip the steering wheel. I rub my hands across the tops of my thighs hoping the friction helps, and it does. Slowly, I press on the gas and my van turns, then lurches forward down the street.

In front of my property, I watch the stranger walk back and forth through our brush, just beyond the tree line. He keeps getting farther and farther from the street, and closer to my house. I almost can’t see him anymore. I can feel my stomach tighten.

I need a Tums.

“Hey!” I shout. “Do you know you’re on private property?”

He pivots to look at me. His hood is tightly drawn, so I can’t see the color of his hair, but I know I won’t forget his face. He has a smattering of pink acne scars on his cheeks, and his light eyes are darting back and forth erratically.

He starts walking towards me.

As the distance between us closes, I can see the muscles in his forehead twitching nervously, too.

I glance at his hands and check for any kind of movement that would indicate he might be reaching for a weapon. I’m suddenly quite fearless in my Grand Caravan.

“I’m looking for my phone,” the kid says. He appears to be in his late teens or early twenties. “My girlfriend tossed it in your woods last night. I was just trying to find it.” He puts his hands up defensively.

“Do you live in the neighborhood?” I scrutinize him. I keep my car in drive and my foot on the brake, ready to run him over.

“Yeah, I live over there,” he says, waving a hand in the direction behind me. There are only two streets in my neighborhood, a dead end cul-de-sac and a horseshoe shaped street that intersects the dead end in two places. He didn’t mention either street by name.

I don’t believe you.

I watch him hustle past my van before I roll down the window to take a picture of him on the sly. He turns left into the horseshoe and disappears. Once air returns to my lungs, I call the cops. Minutes drag before the sheriff finally arrives in his cruiser.

“Without a getaway car, a break-in is unlikely,” says the cop. “But you can’t rule it out. I’ll see if I can find him in the neighborhood for a talk right now. And we’ll start patrolling here more frequently.”

What if you don’t see him? What if he comes back?

I taste my morning coffee mixed with bile at the back of my throat.

My home is more than simple brick and mortar. It’s memories of my children racing down the stairs on Christmas morning. It’s sleepovers with friends and moms’ nights in. It’s kitchen dance parties and summer barbecues on the back porch, catching fireflies in a mason jar at dusk. It’s the place I walk barefoot and bra-less with yesterday’s eyeliner staining the skin beneath my eyes, and everyone accepts me just the same.

And some little jerk in a black hoodie is going encroach on that?

I don’t think so, buddy.

Maybe I’m a ‘fight’ kind of girl, after all…